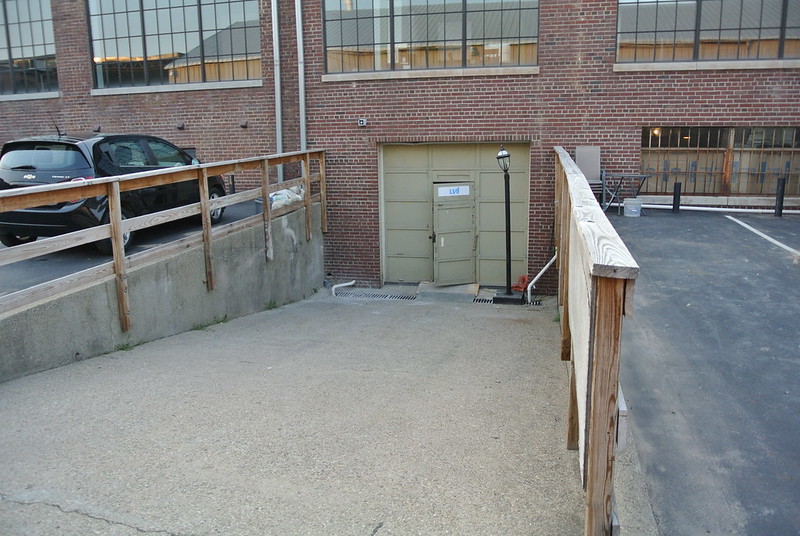 LVL1 is Louisville's Hackerspace. We're a community of engineers, artists, makers, tinkerers, scientists, and hobbyists of all types. With over 75 paying members, and a huge community of non-members, Louisville can come to LVL1 to learn, teach, or discover just about any skill on the planet. We give Louisvillians access to the tools they need to make anything they might want to make, including 3D printers, laser cutters, soldering irons, sewing machines, vinyl cutters, large format printers, welders, and lots more. Â At The Pointe, LVL1 has 8800 square feet of space for making, including a fully featured Wood and Metal shop (each over twice as large as our old space!), a main work room (again, twice as large as the old space!), classroom space, and a huge boneyard of derelict, decrepit, and unwanted goods for your tinkering.

END_OF_DOCUMENT_TOKEN_TO_BE_REPLACED

The rumors are true! LVL1 is moving! This spring, we'll be moving from our current home (814 E. Broadway), to a new building, The Pointe in Butchertown. Â We'll be moving into the basement space formerly occupied by The Alley Theater. Everyone is very excited to see what the new space will become! Right off the bat, the new space features:

We're currently working to develop a moving plan, as well as kick off a crowdfunding campaign to help us defray some moving expenses. If you'd like to help us move, drop us a line! We'll be posting updates to this blog, our twitter account, and our public mailing list throughout the process. Â Expect a complete move-out plan sometime in the next two weeks.

Spacers, I am unbelievably excited to announce that LVL1 has been selected as one of the recipients of a $23,500 award from the community foundation! This is a huge achievement for anyone who is part of the LVL1 community, and we cannot thank you enough for making this space the wonderful community that it is!

This grant program is for "capacity building" upgrades, so we're exploring paths which will help us better help you make the cool stuff that you want to make! Per the budget submitted to the Community Foundation, we'll be working on upgrades including: Professional cleaning services (so you don't have to spend time scrubbing toilets or taking out trash!), Public "Open Hours" (we're still not sure how this will work, but it will probably include a maker-in-residence being available to help you make stuff), an 80 watt laser (so you can cut through twice as much stuff!), an upgraded precision mill, more A/C upstairs, more storage shelving (and less collapsible), and a wheelchair ramp for the main entry.

We receive the money at an awards ceremony on January 7th. Shortly afterwards, expect to see lots of stuff getting upgraded!

Until then, you can help us get another $2,500 for space upgrades by participating in this Facebook Poll:Â http://t.co/nAnlVGS9PR

You can vote once a day, so remember to vote early and often! Thanks again for everything you do, LVL1 depends on it!